Posted 9 months ago in the A big thank you, Volunteers and fundraisers categories

Pupils, staff and parents at Crofton Secondary School in Stubbington, Hampshire, have raised over £5,000 for Canine Partners. 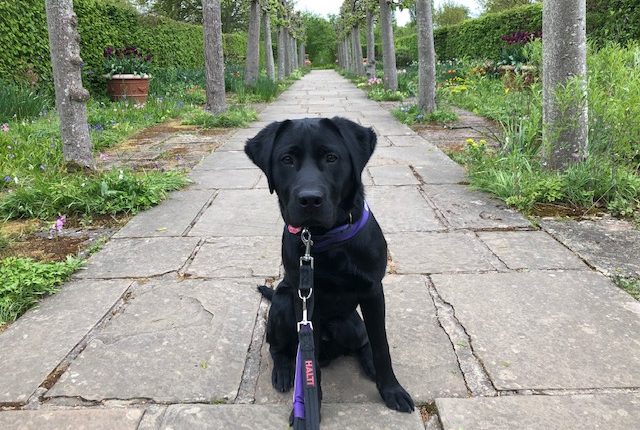 During the academic year 2017/18, Crofton Secondary School in Stubbington, Hampshire, adopted Canine Partners as their charity of the year.

Pupils, staff and parents, together with the Fareham fundraising group, worked really hard to raise money in many inventive ways and by the end of the year had achieved a staggering total of over £5,000.

This truly amazing amount was put towards the Gift of Independence sponsorship scheme. As part of this scheme, the school was able to choose the name of the sponsored puppy and it will come as no surprise that the chosen name was Crofton.

Little Crofton, a black Labrador X Golden Retriever, went home with his puppy parent at the end 2018. However, in July of this year he made a guest appearance at the school, much to the delight of everyone. He behaved impeccably, demonstrating all the qualities that will one day hopefully make him an amazing canine partner.

Amanda Knight, Senior Assistant Headteacher said:
“Crofton students were so excited to meet ‘Crofton’ the dog. Canine Partners have made many visits to the school, so the students understand the invaluable work the dogs do and can now see how their fundraising is being used to transform lives of people living with physical disabilities.”

A huge thank you to Crofton Secondary School from everybody at Canine Partners for their fabulous fundraising.

Would you like to give the Gift of Independence?

Whether you are a school like Crofton or an individual who loves to fundraise, take a look at our Gift of Independence page to find out how you can have the opportunity to play a vital role in the funding of an amazing life-transforming partnership.