Posted 5 months ago in the Challenges, Volunteers and fundraisers categories

In September 2019 a group of 18 wounded, injured or sick service personnel will attempt to cycle over the highest Cols in the Pyrenees through three countries: France, Andorra and Spain. Their support team are raising vital funds for Canine Partners. 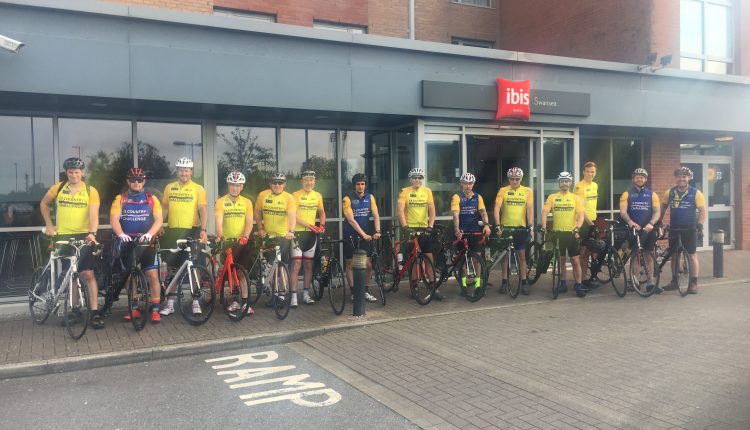 In September 2019 a group of 18 wounded, injured or sick service personnel will attempt to cycle over the highest Cols in the Pyrenees through three countries: France, Andorra and Spain. Their support team are raising vital funds for Canine Partners.

Starting in the small mountain town of Luchon, which sits in the middle of the Pyrenees, the team known as 65 Degrees North will cycle for six very hard days through some amazing countryside. With some members of the team having never ridden a road bike before, they have undertaken a rigorous training schedule to prepare them to ride for over six hours a day and up to an altitude of 7,800ft.

The support team raising vital funds for Canine Partners are cycling with the other members of 65 Degrees North who come from the Royal Navy, the Royal Marines, the Mercian Regiment, the Royal Engineers, and the Army Small Arms School. The support team includes three vehicles, one ex-nurse and a Paramedic. Many of the cyclists are living with serious injuries, such as a Traumatic Brain Injury, and mental health  such as PTSD, making the Three Countries Challenge even more heroic and awe-inspiring.

65 Degrees North strongly believe in “Rehabilitation through adventure”, and offer wounded, injured and sick current and ex-servicemen and women the opportunity to participate in challenging, unique and arduous expeditions around the world. These experiences not only enhance the recovery of participants, but also enable them to inspire others as they acquire the confidence, desire and motivation to make a real difference to those who have been injured in combat.

You can sponsor the Support Team for the Three Countries Challenge by visiting: www.justgiving.com/Diane-Mackenzie2

Take on your own challenge for Canine Partners

Fancy taking on a challenge to help raise vital funds? Visit our Challenges page for inspiration.